In the tradition of James Jones, W.E.B. Griffin and C.S. Forester, Tom Burkhalter writes gripping stories that share a no-nonsense view towards war and an attention to substance that is extraordinary. The level of technical and historical detail is unparalleled.

Every paragraph of every book maintains a laser-sharp focus on providing the reader with an experience; one that will take them into the very heart and soul of WWII.

Tom Burkhalter is pleased to announce that Everything We Had is now available as an audiobook and may be purchased through Audible or Amazon Kindle. This new addition is narrated by Peter Berkrot and produced by Tantor Audio. Tantor Audio is also producing A Snowball's Chance, Boxcar Red Leader, and Thanks for the Memories, all of which should be on the market soon. 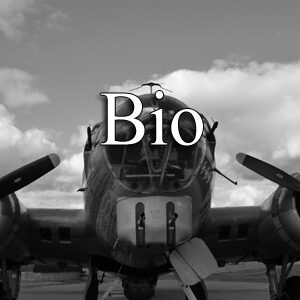 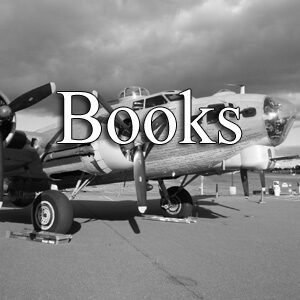 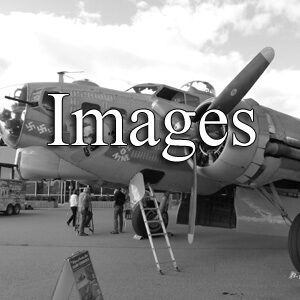 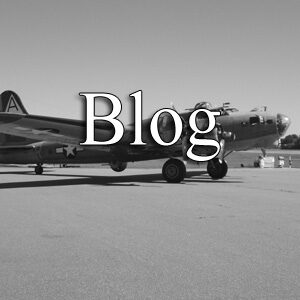 We Live In Fame: a Novel of the European Air War, February-June 1943

Losses in the 8th Air Force day bombing campaign have been high, and with uncertain results. Prime Minister Winston Churchill persuades President Franklin D. Roosevelt to curtail the day bombing campaign in favor of RAF Bomber Command's strategy of bombing by night. General Henry H. "Hap" Arnold, in command of the US Army Air Forces, persuades the Prime Minister to give the Air Corps a year to prove the technique of daylight precision bombardment. The question remains, though: if the Air Corps has to change over to the night campaign, how will they do it?

Major Charles Davis has the requisite experience to fly with and learn from RAF Bomber Command. He accepts the mission of flying six operations in the most sophisticated air-defense environment on Earth: the night-time skies over Germany. The purpose of his mission is to be able, upon completion, to teach the Air Corps how to fight at night.

If he lives through those six missions. 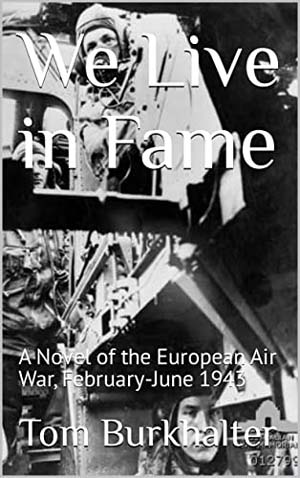 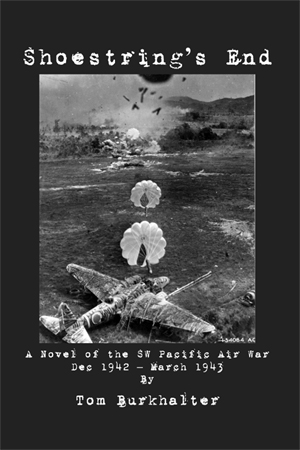 Shoestring’s End begins as the disastrous year of 1942 ends. The Japanese toehold on the northern New Guinea coast, remnant of their advance almost to the gates of Port Moresby, has nearly been wiped out. The Japanese focus their efforts on reinforcing their forward base at Lae, on the Huon Gulf. The mission of the 5th Air Force is to cut off Lae. They must do this while fighting at the end of a shoestring, a supply line ten thousand miles long, using airplanes like the much-patched B-17E Bronco Buster II or the worn P-39D Airacobras of the 35th Fighter Group. New airplanes and new tactics arrive in an uncertain trickle. The Allied infantry, Australian and American, based in New Guinea, are exhausted from fighting and jungle diseases. If the Japanese reinforce Lae, the outcome of the war in the SW Pacific will remain unpredictable.

Everything We Had: a Novel of the Southwest Pacific Air War, November-December 1941

When the war in the Pacific begins, two brothers must call on everything they have in terms of training and flying skill to survive.

November 1941: Japan surrounds American possessions in the Philippines with overwhelming force on three sides. The US Army makes a desperate attempt to reinforce the Philippines garrison, but the clock is also ticking for the Japanese. The armed forces of Imperial Japan may attack the Philippines at any moment.
Two brothers, Jack and Charlie Davis, are pilots in the US Army Air Forces. They are part of the reinforcements sent to the Far Eastern Air Force, charged with air defense of the Philippines. 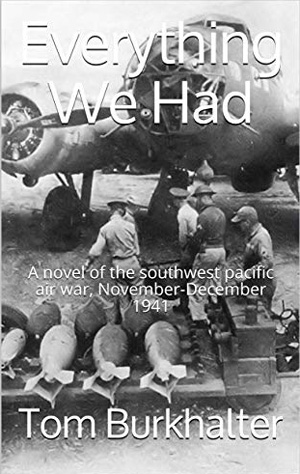 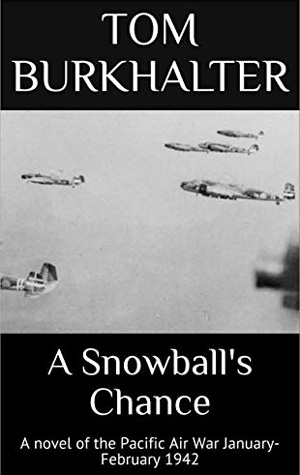 A Snowball’s Chance: a Novel of the Pacific Air War, January-February 1942

What chance does a snowball have in Hell?

The victorious Japanese are coming south in overwhelming numbers. The Allies send Jack and Charlie Davis and their friends, outnumbered and in obsolescent airplanes, to help the British and Dutch attempt to stop the Japanese Army and Navy. As the Dutch say, “Luck to the fighters.”

Boxcar Red Leader: a Novel of the Pacific Air War, May 1942

Living to fight another day is their victory. 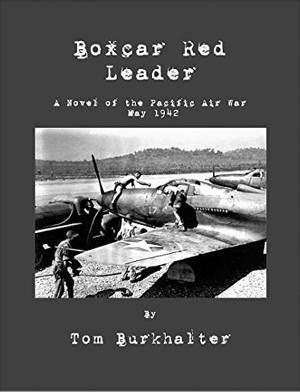 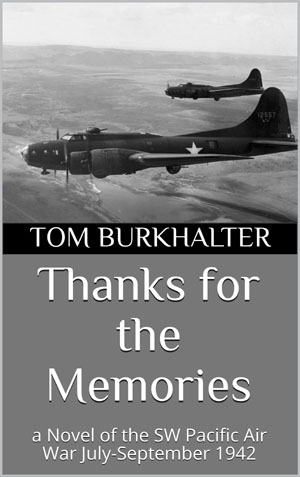 Thanks for the Memories: a Novel of the SW Pacific Air War, July-September 1942

Thanks for the memories of Zeros and flak.

Stymied in their attempt to invade Port Moresby by sea, the Japanese invade Papua New Guinea’s north coast to try to capture the vital port overland. Still outnumbered, with increasingly worn equipment and suffering from jungle diseases, the Americans and Australians fight in the air and on the ground as the Japanese slog over the Kokoda Track through the rugged Owen Stanley Mountains, with the prize of Port Moresby before them. The fighting, in the air and on the ground, nears a last ditch effort for the Allies.

The New Kids: a Novel of the Air War on the Home Front, September 1942

New pilots and new leaders take what life offers while they prepare for war.

Jack and Charlie Davis have survived nine months of vicious air fighting. When they get home new challenges wait for them, challenges of long-deferred love, of living with memories, and the responsibilities laid on combat-proven pilots and leaders as new pilots arrive to train for fighting in a different air war over Europe. They survived the Pacific, but the war has only begun. 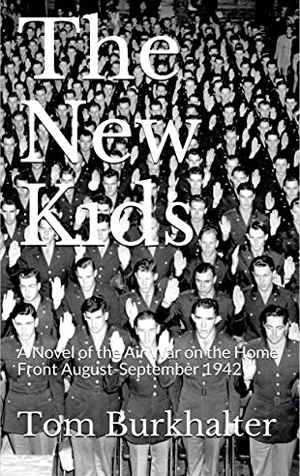 Airplanes in My Novels: The Seversky P-35

Airplanes In My Novels: The Curtiss P-40

Airplanes In My Novels – The B17D Flying Fortress

When the Good Guy Dies

To End an Era

Things you shouldn’t do

If you need more information or have comments, suggestions or questions . . .

We welcome any requests, comments or suggestions.
Just fill out the form and hit 'submit'.
We will contact you shortly.